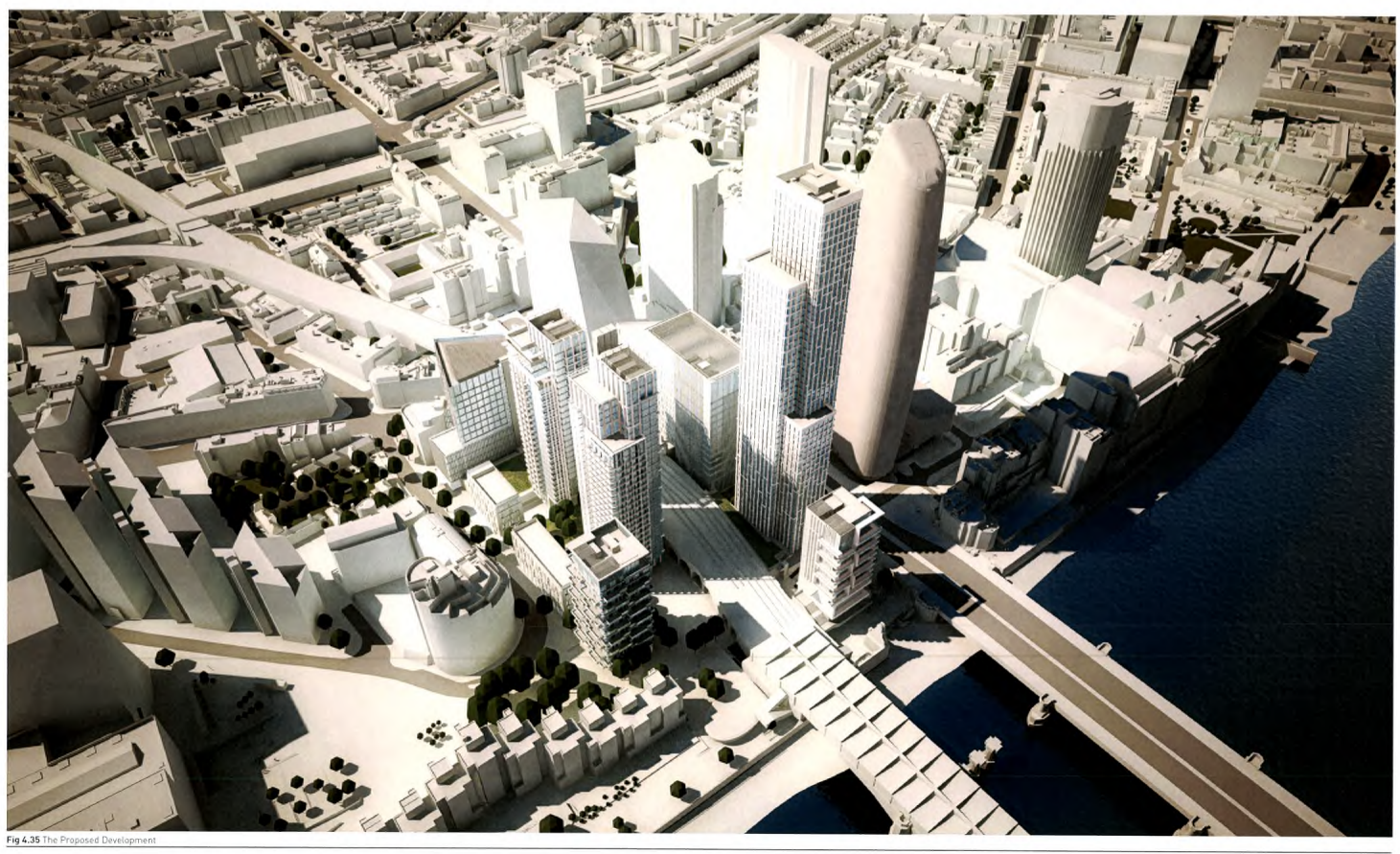 This mammoth development is due to to be built on the sites of the existing Ludgate house & Sampson house straddling the southern end of Blackfriars bridge.

It will also incorporate the demolition of smaller surrounding buildings stretching all the way to Neo Bankside. Indeed, it is being developed by the same developer Native Land together in a joint venture with real estate developers from Malaysia and Singapore. The joint venture vehicle is of course registered in Jersey for tax purposes.

The development involves the construction of 9 new buildings stretching up to 49 storeys and comprising office/retail space and 490 new homes. The architects are PLP who have also come under fire for their ‘steroidal towers’ at the massive 22 Bishopsgate scheme.

When it came to obtaining planning permission for this mammoth development, the developers pulled the same trick as they did at Neo Bankside; submitting a viability assessment which argued that the provision of affordable housing on-site would render the development unviable.

Unusually, the Mayor put his foot down on this in his stage 1 planning report, claiming that __ “there is no justification for the non-provision of on-site affordable housing” __ and ordering the council to undertake an independent appraisal of the viability assessment. Afterwards, in his stage 2 report the Mayor confirmed that the independent assessment claimed that 17-18% affordable housing could viably be provided on-site (para 11). However, the council’s preferred option was to accept an in-lieu payment totalling £65m, which would allow the council to help fund its (over)ambitious council house building programme. In its planning report for the application, the council claimed that the £65m could deliver up to 260 new council homes, based on an estimated cost of £250k per new home (including land cost) and that this is “considerably in excess of what could be provided on site.”

However, the Estates Gazzette reported recently that the actual cost of Southwark’s build programme is £383k per council home and that this doesn’t even include the land cost. Southwark has a shortage of development land and it now appears that the council’s housebuilding programme is quickly being transformed into a council-estate redevelopment programme instead.

The council claims that it has negotiated a number of ‘viability review mechanisms’ into the s106 agreement for the Bankside Quarter scheme, with which it could increase the in-lieu payment up to a maximum cap of £100m. But the reviews are dependent on a number of triggers, some of which it seems are unlikely to be activated and none of which will be linked to the end sales value of the development.

It’s also worth noting that the £65m payment agreed will not be paid in a lump sum; it will be paid in a number of staged payments throughout the development period, and even if the council does end up getting the full £100m out of Native Land via the review mechanisms, this still represents just 10% of the current estimated total end value of the scheme (£1bn). All in all, another good deal for Native Land and some more tall buildings to support the council leader’s vision for the South Bank, but not a good deal for the people of Southwark. 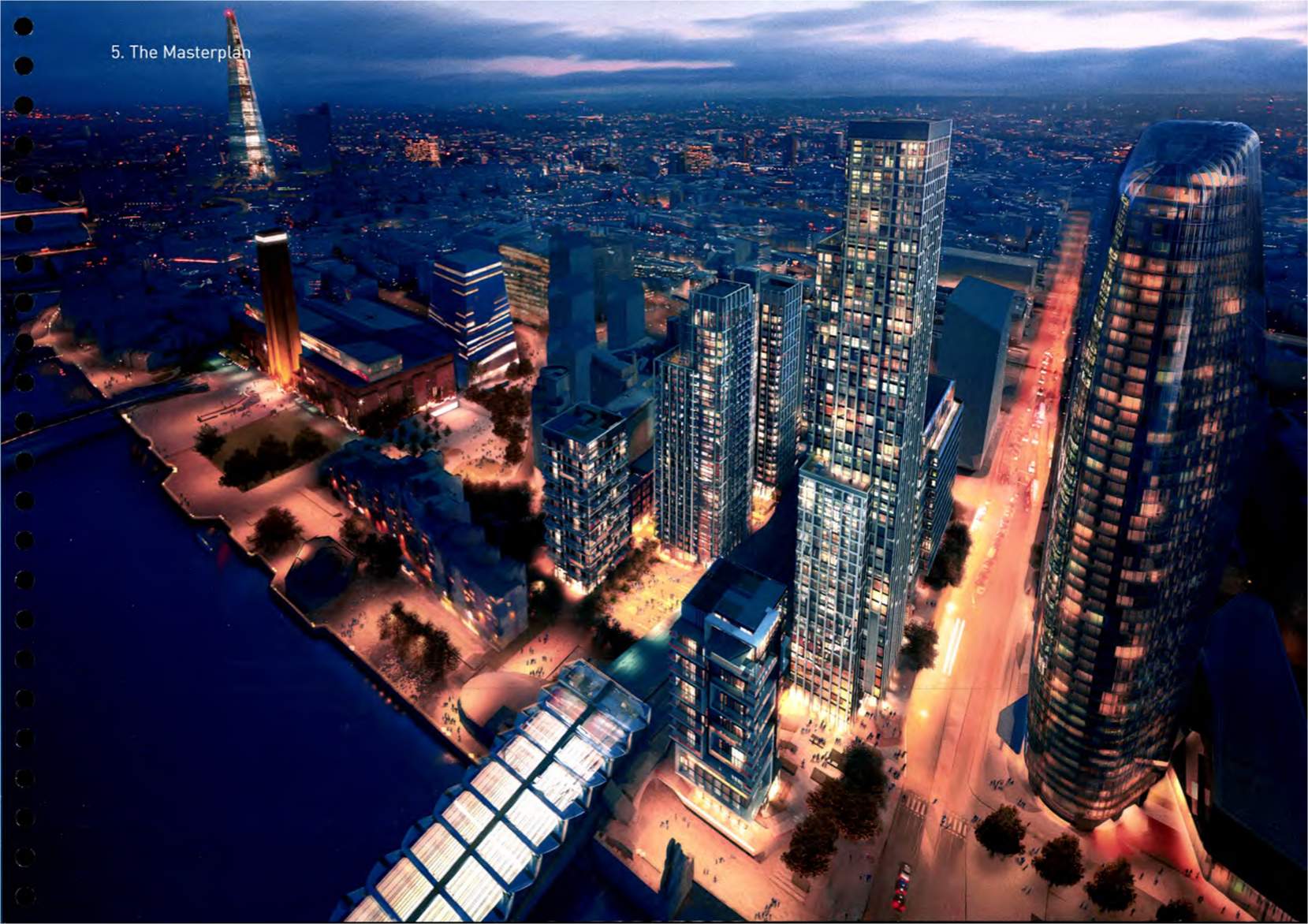